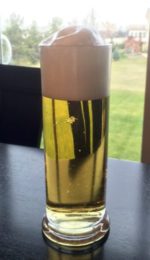 The short answer? A rusty/burnt looking orange color. This beer is a prime example, as it was heavily oxidized during mashing by a pump sucking in air during the entire mash. 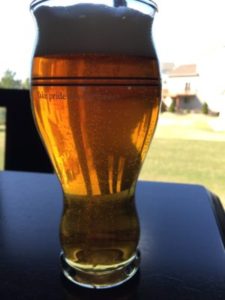 Some time ago I did a test of my old brewing methods vs. my new methods. I brewed the same recipe and used the 2 different methods. This confirmed for me what I had thought I had been tasting. Here are the finished beers side by side: 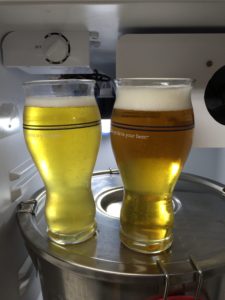 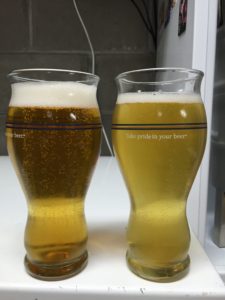 The darker beer is the “normal” brewed beer, I did not intentionally add any extra oxidation steps to my brew day, just a normal brew. The lighter beer used all oxygen mitigation methods (preboil water + NaMeta, caps during mashing, etc). Its quite easy to see the color differences and the distinct slight, sliced apple browning to the “normal” beer. The biggest difference though is in flavor, where the lighter beer has a great lingering grain flavor that is fresh and lively. The darker beer is noticeably sweeter, has no lingering grain flavor and a weird non-hop related bitterness.

Kunze talks quite a bit about the flavors, here is a page about it: 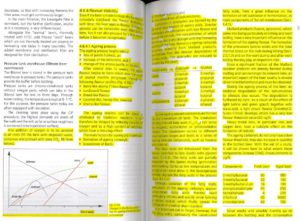 Here is a breakout of the Graph: 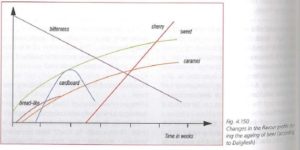 You can see in the literature that there are discussions on a caramel-like sweetness, I think this beer exhibits some of that, but overall it was just a lackluster tasting beer. I would say though a prime example of the products I was routinely turning out, not bad, but far from good. Not to mention the fact I could never nail commercial coloring and even if I could it went back to flavor (lacking).

After producing low oxygen wort, I can now mimic commercial color and flavor. Here are some reference examples: 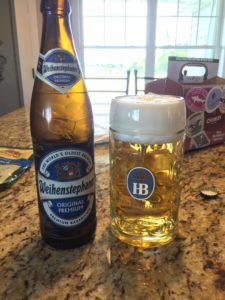 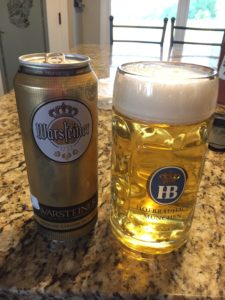 A Pilsner and a helles from my brewhouse (pilsner left): 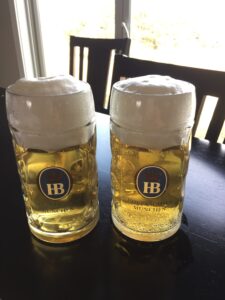 Lighter colored wort that is bursting with flavor is just one low oxygen brew away! Good Luck!