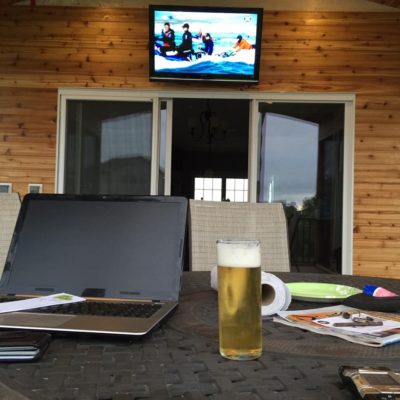 It won’t come as a surprise to the many low oxygen converts, but the original PDF is going on 8 months old now.  It’s hard to believe in the face of such an overwhelmingly vast body of information and the better part of a year the public has been able to brew batches using the latest Low Oxygen brewing methods, there is still an insistent call for sensory analysis by some members of the homebrewing community. With some serious hesitance to try these methods for themselves with minimal to no investment and make a determination. Here is finally the offering to those who have called for it.

Since the inception of the Low Oxygen brewing methods and the release of the materials detailing the process, people have been clamoring for, and insisting upon, results from sensory analysis of beers made with the methods. Well, the time has finally come to satisfy those requests. The reason for withholding the results of this testing was very simple: as there is no real way to quantify the test results, the best way to determine the success of the method is for people to try it for themselves. After all this is such a subjective matter, and the triangle testing commonly performed has some inherent flaws that make the results less than reliable. I am a firm believer in taste it for yourself and make the conclusions.

I ended up running 4 separate tests, with 2 separate beers. The first beer was my house standard Helles, that is 96% Barke Pilsner, 4% Carahell, and 16 IBU. I detailed this beer in another blog post in What Does Oxidation Look Like? It is the beer shown above in the side by side pictures.

For the first group tested there was 30 people in October 2015, including men and women from different age groups. Some were just “drinkers”, some more well versed from a sensory standpoint (craft beer drinkers). A few people with advanced sensory experience, and myself, a former BJCP Judge. I was able to identify the correct beer every time in all my my testing. Once you taste the low oxygen wort, there are characteristics that you can’t forget. The beer was served in red solo cups, with coasters placed over the tops to eliminate bias from the color differences in the samples.. Of 30 people tested 27 identified the correct beer (low oxygen). Of the 27 who guessed correct, 27 preferred the low oxygen. As it had fresher flavor, as well as more hop and malt character. It was an overall cleaner and easier drinking beer. The 3 outliers said they both samples tasted like beer, can’t argue that. 27/30 correct tasters gives a p-value of 1.66e-10. In these circumstances 15 participants would have had to choose the Low Oxygen beer to achieve statistical significance (p < 0.05). The fact that they all preferred the flavor of the beer should be telling as well.

For the second group, I conducted this test with actual BJCP judges and people who compete (and medal quite a bit) in October 2015, so I would call them not just regular ole beer drinkers as with the first one. There was 8 people in this testing and they were able to score 100% on the odd beer out (low oxygen in this case) and all preferred the low oxygen sample.

More beer was made, in the same ways as listed above only this was a dry hopped pale ale. A little bit different format for this test, but I think it still has some valid data points.

The beers were made for a family’s wedding ceremony in September 2015. There were about 150 guests, my beer was the only tap beer (2 pale ales and an Oktoberfest), but run of the mill BMC was available as well. Since this was a barn venue, and a family friend as the bar tender, I told him to tell people there were 2 pale ales on tap and have the people get a quick sample of both, then have them chose what they wanted. Again people were not aware that this was a test, and picked it solely on taste preference. The low oxygen pale ale keg kicked in 20 minutes during the reception, with the normal pale ale keg kicking 40 minutes after.

An aside is that I got called on stage and thanked for the Oktoberfest from the drummer, he said he had just got back from Germany, and my Oktoberfest was exactly like the ones he had over there (go figure!), and that Oktoberfest was his favorite beer. So that was cool! But I digress.

Our annual parade party in August 2015, there were roughly 40 people in this sample. The beer was served via the keg, and red solo cups were used. This was a self serve test. Testers were not aware this was a test, I simply told them they are two pale ales, and they can drink whichever one they want. The low oxygen keg kicked first, upon lifting the other keg, I would guess there was ~2 gallons left in the normal keg. So this was a peoples choice type of test.

Hope this helps clear up any issues and confusion.